How Perfect Can You Be?

Michael is a successful business owner who came to coaching because he felt he was doing something wrong, even though his business was doing well. He had a persistent underlying feeling of being a failure, even though all the evidence pointed to the contrary.

Michael began by saying that he’s always believed that “If something is worth doing, it’s worth doing right.” When I asked, “What does ‘right’ mean?” he said it means that everything has to be perfect.   Always! All the time!

It turned out that Michael came from a family in which his parents’ standards were beyond reach and reason. They were never satisfied with anything he did. If his school grades were all A’s and an A minus, the focus was immediately on why there was a minus. If he missed a catch in football, his father would yell, embarrass him in front of his team, and make him practice for hours. When he was young Michael was always in a no-win situation where nothing he did was ever good enough.

Consequently, Michael now sees mistakes as evidence that he is incompetent and unworthy, and feels that only perfection will gain him the love, respect, approval and acceptance he so badly wants. As a result he drives himself to exhaustion and still doesn’t feel the sense of success and fulfillment he craves.

The reality is that there is no such thing as perfection. We are all human, with strengths and weaknesses. Nobody is excellent at everything, and trying to be perfect can be emotionally, mentally and physically exhausting. Ironically, striving for perfection is often a set up for failure.

Michael believed that the only way he could be successful was to be a perfectionist. However, when we compared perfectionists with healthy achievers, he saw that achievers accomplish just as much as perfectionists, and also avoid many of the negatives that he was experiencing.

Some of the differences between perfectionists and healthy achievers are:

What You Can Do

Once Michael became aware of how his perfectionism was depleting his energy, causing him to feel depressed and interfering with his relationships, he decided it was time to make some changes in how he approached his life. He began by:

Michael is now allowing himself to experience the joy of achieving without negatively judging everything he sees as imperfect. He is also being more supportive and less demanding in his relationships with others.   He has been surprised to see that others actually like and respect him more now that he is not so driven, and he feels happier and more fulfilled in every area of his life.

If you are a perfectionist, you may want to ask yourself what toll it’s taking on you, and if being an achiever might actually help you accomplish more and feel better about it.

Please comment so others can benefit from your wisdom and experience.

Sandy is now offering a FREE Coaching Call, so you can see what Coaching is all about. Please email her at Sandy@insidejobscoach.com and put FREE Call in the Subject Line.   She will get right back to you to schedule your call.

For FREE worksheets on ways to empower yourself, see the Resources Page on our Inside Jobs Coach website. Also be sure to check out our Books and Programs page.

If you would like to feel more confident and believe in yourself, check out The Confidence Pack, which contains several powerful worksheets to guide you and an amazing hypnotherapy session to strengthen your belief in yourself.

Sandy Abell
Sandra Abell, MS, LPC, ACC is a best selling author, business and life coach, and owner of Inside Jobs Coaching Company. She is certified by the International Coach Federation, is a Licensed Professional Counselor, educator, and speaker. She works with executives, business owners, professionals, entrepreneurs and people in transition.
Recent Posts 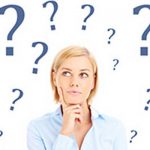 How Do You Talk To Yourself?Self-Confidence 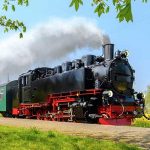 Do You Think You Can?Self-Confidence