How Do You Talk To Yourself?

Meg is a smart, motivated entrepreneur with a husband and two kids. She came to me for coaching because no matter what she did she couldn’t seem to make her business successful or her family life smooth.   As she explained her situation, it became apparent to me that Meg was being abused. She was the victim of verbal abuse, and she was surprised to see that she was the abuser!

Meg abused herself verbally every time she thought about her business or her life. She would begin by thinking of all the wonderful things she could do to make everything successful. Then she would immediately remind herself that she wasn’t intelligent, knowledgeable, charming, energetic, lovable, capable or competent enough to actually do what she wanted to do.

Once she started on that negative train of thought it became a “self-fulfilling prophecy”, where the more she predicted failure, the more she failed. She created a downward spiral that was so steep and fast I was amazed she still had a business or family at all.

Meg had no idea she was talking to herself this way. She thought she was a positive and upbeat woman. However, when she started paying attention to her thoughts, she realized she was constantly beating herself up with words.

Meg understood that her words had nothing to do with the reality of how lovable, capable and competent she is. Her negative self-talk was a thinking pattern that she’d learned from the adults in her life when she was very young. They had always focused on what she couldn’t do rather than on what she could, and it had become a habit she carried into adulthood.

Meg decided to change this habit of verbal abuse by focusing on what she can do, and asking herself empowering questions. Instead of saying, “There is no way I can finish this project by Friday” (which is negative, limiting and self-defeating), she switched to asking herself, “What do I need to do to finish this by Friday?”   This simple change of phrasing made a big change in the message she gave herself, and in the outcome. She was now speaking to herself in an empowering manner, with the assumption that she has what it takes to get the job done.

As Meg paid more attention to how she spoke to herself, she realized that she also spoke to her employees, customers and family in the same defeating way. Instead of focusing on what they can do, she always focused on what they can’t possibly accomplish.   She never indicated that she really believed in people and their ability to be successful. It was no wonder that her husband and children were grumpy and avoided her, her employee morale was low, and her customers were scarce.

Once she realized this she was able to look realistically at where these thought patterns originated, and realize that they did not, and never had, really applied to her. They were concepts laid on her by the people in her childhood, who were very unhappy themselves. They taught her what they knew, but she recognized that now she’s an adult the old message don’t fit, and she no longer needs to continue the negativity.

Now when Meg talks to herself, her employees, customers and family, she asks questions that open up possibilities and get people moving and motivated to succeed. She indicates that she believes in people, and empowers herself and them with strong guiding questions.

These questions usually begin with “what”, “how” or “who”, and are designed to move herself and others forward. As a result of this simple shift in attitude the atmosphere at work and home is much lighter and more optimistic, she is much happier with herself and others, and her business is beginning to grow.

So, how do you talk to yourself and to those around you? Do you continue to believe the old, negative messages and thoughts from long ago, and verbally abuse and undermine everyone by focusing on what can’t be done, or do you focus on the positive and possibilities and create a brighter future for everyone?

If this sounds like you, you might want to try asking empowering questions, and see what happens.

Please comment so others can benefit from your wisdom and experience

For FREE worksheets on ways to empower yourself, see the Resources Page on our Inside Jobs Coach website. 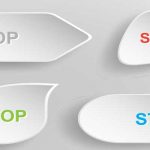 Do You Argue For Your Limitations?Self-Confidence 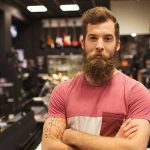 How Perfect Can You Be?Self-Confidence