Fear is something everyone faces at one point or another. The good news is that fear can be overcome by facing it and by taking some pro-active steps toward change. Here’s Julie’s story:

A few years ago, Julie took a leap of faith to start her own business. She was pleased when her client list grew and she no longer felt it was necessary to actively market her services.

Then suddenly, Julie’s client list began to shrink. She realized that the economic downturn had negatively affected her business, and she began to be concerned. Soon, Julie started to doubt her decision to go into business for herself, and she even questioned her skills and abilities. This negative self-talk began to manifest fear.

The negative self-talk got worse until Julie was overcome with a paralyzing fear. This fear literally stopped her in her tracks. Rather than re-engaging with the marketing plan that had proven to work when she first started her business, Julie worried constantly about her finances and focused on how awful the consequences of the downturn could be for her. She was so paralyzed by fear that she didn’t do anything pro-active to change her circumstances.

Julie is not alone. If allowed to manifest, fear has the power to control thoughts, which in turn control actions. This fear often interferes with a person’s ability to be effective, successful, happy, and healthy.

Fear is a thought process that results from telling yourself negative things about a situation. This is self-talk, and it can be very destructive. When confronted with a new challenge or a potentially negative situation, people often choose to focus on why it won’t work rather than why it will. When feeling fearful, people often magnify their inadequacies and former failures. They start to feel unworthy and unable to cope. And the negative cycle just builds from there.

The problem with fear is that it lurks in the back of the mind. Then, at unexpected times, when feeling most vulnerable, it surfaces, grips a person’s thoughts, and directs or dictates behaviors.

Julie had a difficult time facing her fear because it brought up painful emotions and reminded her that she is vulnerable and not always in control. Julie’s lack of pro-activity was actually an avoidance tactic. She didn’t want to look at her fear or deal with the negative emotions that accompanied it.

The good news about fear is that once a person chooses to confront it, it no longer has control. Fear only has power over those who run from it. The faster one runs and the more effort put into ignoring or denying the fear, the stronger and more powerful it becomes. So, the goal is to reduce the intensity of the fear in order to think clearly and take steps toward change.

It takes courage to face fears. And sometimes it requires a coach or a close friend to act as a guide during the process. The following are 10 important steps Julie took to overcome her fears. (These are steps anyone can take to move away from fear.)

Julie finally realized that what she created with her imagination was much worse than the reality. She accepted that if the worst happened and she lost her business, she was a capable, competent person and could easily rebuild or find employment doing something else.

Once Julie stopped running from her fear and faced it head on, its power to intimidate and paralyze her diminished. This allowed Julie to free her mind and begin to strategize ways to move forward with a plan.

For example, Julie created an action plan that included revisiting and updating her original marketing plan. She joined new networking groups and reconnected with people and organizations she had met during her early years in business. Julie made herself available to speak at meetings and began to support the work of others by attending conferences and seminars.

By eliminating the fear, Julie moved forward. She not only rebuilt her business but was able to expand her services and eventually add staff.

Are you like Julie?  Do you look at the negative and tell yourself all is lost, or do you look at your challenges as opportunities to do something new and exciting?

Remember — When you confront your fear you will be able to use positive self- talk to work your way through it.

Please comment so others can benefit from your wisdom and experience.

Sandy is now offering a FREE Coaching Call, so you can see what Coaching is all about.  Please email her at Sandy@insidejobscoach.com and put FREE Call in the Subject Line.  She will get right back to you to schedule your call.

For FREE worksheets on ways to empower yourself, see the Resources Page on our Inside Jobs Coach website.  Also be sure to check out our Books and Programs page.

If you would like to feel more confident and believe in yourself, check out The Confidence Pack, which contains several powerful worksheets to guide you and an amazing hypnotherapy session to strengthen your belief in yourself. 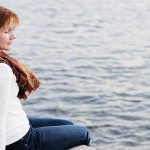 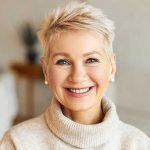