Is Fear Of Conflict Ruining Your Life?

Jim is the owner of a small successful printing shop.  He has five employees who usually get along well with each other.  However, two of his staff members began bickering, which interfered with the productivity and positive feel of his business.  Jim knew he let the situation go on too long, allowing it to become toxic and spread to the rest of his employees.

The situation continued because Jim was conflict avoidant, which means he was uncomfortable dealing with any kind of confrontation, so he stayed away from it.

Jim told me he was raised in a family where conflict was seen as bad, and meant that people didn’t love, like or care about each other.  Because of this attitude, things were never dealt with.  He was taught to keep the peace at all costs and “not rock the boat”.  Some of the ways he learned to deal with potential conflict were:  to ignore the situation in the hope it would go away; change the subject; put off the discussion; or just not bring it up.  He learned to take no risks, say nothing, and stay uninvolved.

There are many reasons why people are conflict avoidant, and it’s not always a bad thing. At times it can be an effective short-term strategy.  Conflict avoidance can be used to buy time, gather more information on an issue or let emotions simmer down.  It can also be used if the issue is unimportant to you, it’s not your business, or you don’t have any authority or responsibility in the matter.

However, if this strategy is used too long or too often, being conflict avoidant can allow a situation to escalate and become heated.  It can also make it so your needs don’t get met, others take advantage of you, and you become angry and resentful.

When Jim was a child, conflict avoidance worked most of the time, but now, as the boss, it’s no longer an effective.  The situation in his shop was escalating, he needed to do something about it, and he was at a loss about how to start.

One of the first steps for Jim was to realize that conflict doesn’t have to become a huge drama, nor does it mean the end of a relationship.  He also needed to learn that dealing with issues as they come up can be positive, because once addressed, it stops them from becoming a bigger problem.

In order to deal with conflict, Jim learned to:

Jim decided to meet with his two staff members to help them work out their differences.  He used several of his new skills, and was delighted to see how his employees participated in the discussion, shared their feelings, and collaborated to solve the problem.  Jim realized that the act of hearing and acknowledging each of them was a big part in resolving the conflict.

Now when things begin to become tense at work, or even with his family and friends, Jim is able to address the situation in a calm, nonjudgmental way.  He has learned that conflict is a normal part of any relationship.  When he handles it right it doesn’t have to turn into a fight, and the sooner he acknowledges and deals with it, the more harmonious and efficient his world will be.

Please comment so others can benefit from your wisdom and experience 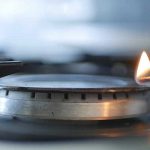